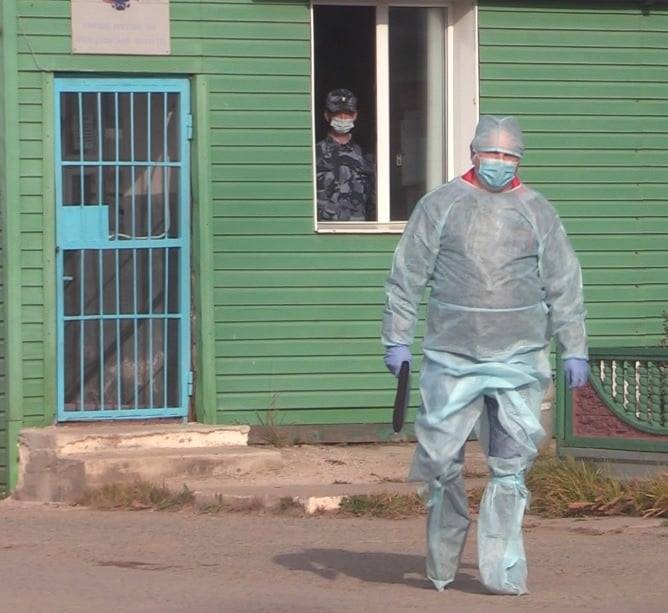 At the beginning of 2020, the Covid-19 pandemic began to threaten penitentiary systems around the world, bringing another aspect of the challenge posed by this global emergency under the spotlight. Prisons suddenly became a problem and many governments in Europe took specific measures to contain health disasters that could also dramatically affect the outside community.

Those measures have been different in timing and extent, although followed similar trends, as similar were the typical traits of prison systems: promiscuity, overcrowding, poor sanitary conditions, and poor ventilation. With these premises, and knowing that the spread of infectious diseases in prisons can be very fast, governments have in place different measures to prevent the virus from entering the institutions and, in some cases, also to reduce the number of inmates.

Prison closures to the outside world

Measures responding to the need to keep the virus out of prisons have taken the form of often radical closures of the prison to the outside world. In practice, this meant restrictions or suspensions of family visits, leave of absence and visits by volunteers and other professionals who in some countries are involved in the often scarce resocialisation and recreational activities for prisoners. The case of England and Wales is emblematic, where prisoners were for months locked in their cells for 23 hours a day with very serious consequences on their mental and physical health.

In some countries, the use of technology has been encouraged to foster contact between prisoners and their families and sometimes to carry out some remote activities. However, the implementation of this measure was limited by the availability of technological means such as computers, tablets and mobile phones, by the quality of computer networks and, in some countries, not being free of charge, by the financial resources of prisoners. In several cases, charities and NGOs donated phone cards or covered the costs of phone and video calls for less well-off prisoners.

Measures to reduce the prison population

In the first phase, other important measures were those to address the need to create quarantine space for detainees. Not all governments adopted measures to reduce the prison population, but where they did, the measures adopted varied significantly. In some cases they were aimed at facilitating the early release of prisoners, usually at the end of their sentence, often to be placed in home detention, with or without some form of electronic monitoring. Sometimes these measures were targeted at specific segments of the prison population, such as older prisoners, prisoners with previous medical conditions or pregnant women. Other measures adopted were aimed at reducing the number of new inmates entering prisons, either by postponing the execution of their sentence or by converting these sentences into some form of alternative to imprisonment. In most cases, combinations of these different measures have been adopted. However, there were also governments that did not adopt any of these measures and did not address the problem of overcrowding in any way.

A case where similar measures were less effective is England and Wales, where the prison population fell from 84.000 at the beginning of March to 79.000 at the beginning of December. This decrease is said to be due to reduced court work due to the pandemic, a drop in arrests and fewer requests for prosecution rather than to measures aimed at releasing prisoners, from which only 316 prisoners benefited compared to 4.000 planned.

Unfortunately, these measures have not stopped contagions entering penal institutions, with varying degrees of severity depending on the country.

In England and Wales alone, the number of positive inmates since the start of the pandemic to the 4 January was around 6.000. 2.407 of these cases were recorded between 1 December 2020 and 4 January 2021 alone. A total of 57 prisoners are believed to have died of Coronavirus-related causes.

In France, between the start of the epidemic and 15 October, 33 outbreaks were identified in prisons, two weeks later there were 57 and 80 in mid-November. On 13 November, more than 470 prison officers and 204 inmates tested positive for Covid-19.

In Poland in December 2020, the number of Covid-19 cases among prisoners exceeded 400. In comparison, by mid-October 2020, only 56 coronavirus cases had been reported in all prison facilities.

Infection numbers vary greatly from country to country and even between prisons, situations can be completely different and change very quickly. However, the lack of data is also an important issue: many countries have not published the number of inmates who tested positive for Covid-19 and news is leaked out informally. This shows a lack of transparency of penal institutions that needs to be overcome in order to better address the crisis. It should also be mentioned that the lack of transparency and information affects the families of prisoners, who often find themselves in uncertainty about the possible detention and health conditions of their loved ones.

A possible way out

The burden of the pandemic on the prison population is enormous: in most jurisdictions, prisoners are living in unprecedented isolation from the outside world and prison life seems to have been reduced to the bone, if not stopped. Despite this, the number of inmates and staff who have tested positive for Covid-19 is in some countries extremely high compared to the general population. To protect this vulnerable population and to resume prison life, it is imperative to speed up the vaccination of prisoners, but at the moment the situation in Europe is not particularly promising.

In England and Wales, as in most of the German states, prisoners are being vaccinated in line with the general population, i.e they are not being treated as a priority group. In Austria, detainees are classed as a Phase 2/3 priority vaccination group alongside persons in institutional care. They as well as prison staff are scheduled to be vaccinated in the upcoming weeks. In Hungary, as in Spain, vaccination of prison staff began, but there is no information on vaccination of detainees yet.

In Italy prisoners have been considered, together with the prison staff, as vulnerable groups to be vaccinated with priority, and so far several thousands of inmates have been vaccinated.