The Court’s contribution to the protection of detainees in Europe, as seen by the CPT 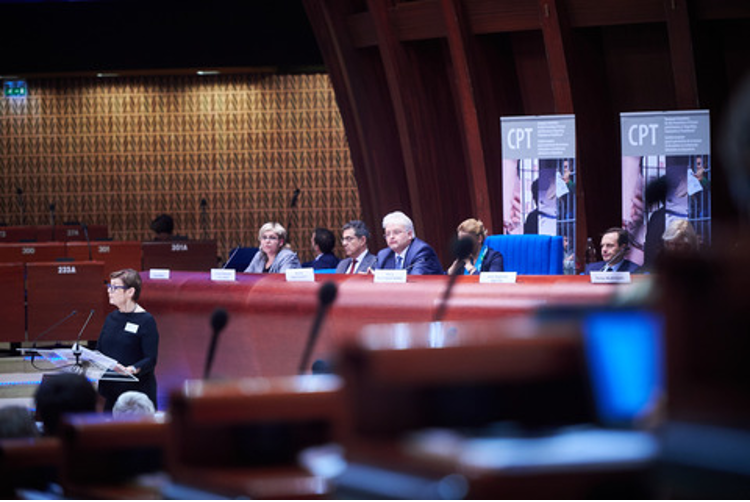 In this video, Mykola Gnatovskyy, President of the CPT, gives his point of view on the crucial role played by the European Court of Human Rights in protecting detainees across the continent, on the relationship it has with the Committee he directs, and on how the bodies of the Convention and the CPT can act to try to resolve the nagging issue of rulings that remain unenforced in the penitentiary field.

The Court’s interpretation and application of the Convention in penitentiary matters over the last twenty years has been greatly influenced by the doctrine of the European Committee for the Prevention of Torture (CPT). This body is tasked with carrying out inspections of all the places where people are deprived of their liberty by a public authority, to prevent any inhuman or degrading treatment. Beyond the recommendations contained in the reports that the CPT drafts after each of its inspections in the States of the Council of Europe, which lay down the doctrine on the subjects treated, it regularly sets general non-mandatory standards that establish the guidelines for the operation of penitentiary systems, which are regularly revised.

The strong affinities between the Court and the CPT do not only arise from the fact that they are both bodies of the Council of Europe, but also from how they operate. The CPT offers the Court a vision of the requirements related to prohibiting inhuman and degrading treatment that is informed by inspections in the field and a transnational approach. In return, the ‘incorporation’ of the CPT’s standards in the Court’s case law greatly reinforces their authority, as well as that of the recommendations sent by the Committee to the national authorities after their inspections.

The relationship between the two bodies is not however always plain sailing. In 2016, a difference in approaches became clear on the issue of the minimal surface area required per detainee in shared cells. The Grand Chamber of the Court was required to define its case law and in particular determine if it should align it with the position of the CPT. Shortly after the hearing, the CPT published a document that systematised its position on the subject, which was inevitably perceived as an approach that was intended to cause a change in the Court’s position. The Court refused to comply: “With regard to the standards developed by other international institutions such as the CPT, the Court would note that it has declined to treat them as constituting a decisive argument for its assessment under Article 3” (Mursic v. Croatia, GC, §111). The Court however specified that “it remains attentive to the standards developed by the CPT and, notwithstanding their different positions, it gives careful scrutiny to cases where the particular conditions of detention fall below the CPT’s standard of 4 sq. m” (ibid., §113). Thereafter, the Court continued to very regularly refer to the general reports and recommendations of the CPT, but this sequence of events cast doubt on the capacity of the bodies of the Council of Europe to intervene in a consistent manner on the issue of penal policies in Member States, which is a field, if ever there was one, where the means of action are limited.

In any event, beyond the connectedness of their mandate, given the manner in which the inertia of the penitentiary systems submits them both to crucial challenges, the two bodies are obliged to find forms of synergy in their action.

Interviewee
Mykola Gnatovskyy, President of the European Committee for the Prevention of Torture and Inhuman or Degrading Treatment or Punishment (CPT) and Professor of international law, Taras Shevchenko National University, Kyiv
Share
This site uses cookies. We have placed cookies on your device to help make this website better. For more information, please consult our Cookies Policy here. Because respect for your privacy matters to us, you can choose to accept them all or to set them up.
Cookie settingsREJECTACCEPT
Manage consent

This website uses cookies to improve your experience while you navigate through the website. Out of these, the cookies that are categorized as necessary are stored on your browser as they are essential for the working of basic functionalities of the website. We also use third-party cookies that help us analyze and understand how you use this website. These cookies will be stored in your browser only with your consent. You also have the option to opt-out of these cookies. But opting out of some of these cookies may affect your browsing experience.
Functional cookies Always Enabled

These cookies collect information to help us understand how visitors are using the site, and make improvements accordingly.