The (Sick) Hospital Care in the Penitentiary System 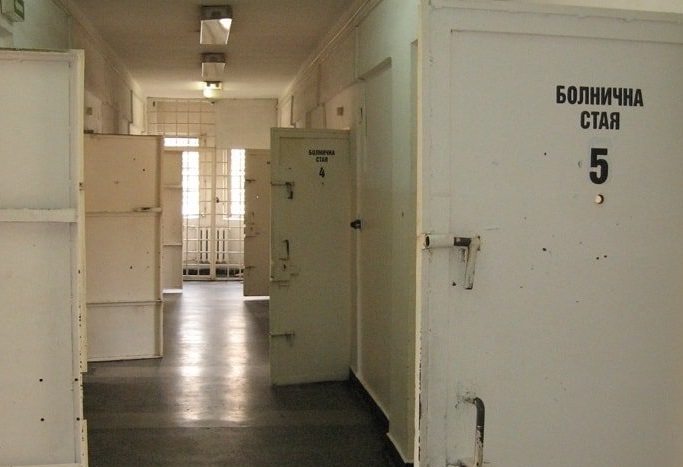 “This is not a hospital, this is a morgue.” (quote of a prisoner treated in Sofia prison hospital)

In 2019, the National Preventive Mechanism with the Office of the Ombudsman made a number of concerning findings about the state of medical services in the prison system. It raised the alarm that the Ministry of Justice (MoJ), and its General Directorate for the Execution of Punishments (GDEP) in particular, had neglected the medical care in the penitentiary system for years[1]. Some of the most troubling findings were related to the two prison hospitals in the country. The Ombudsman noted that the Specialized Hospital for Active Treatment of Persons, Deprived of Liberty in Sofa has been working beneath the medical standards for its type, as laid out in the Medical Treatment Facilities Act, and that it has been left to struggle on its own, without any control, in a poor material condition. At the same time, the subsidy it receives for medicines per day is higher than the one for some universities and national hospitals.[2] The same year the ombudsman visited the Specialized Hospital for Active Treatment of Persons, Deprived of Liberty in the town of Lovech, designated as a pulmonary and psychiatric hospital. It discovered that the hospital had neither a psychiatrist, nor a pulmonary disease medical professional on staff.[3]

Urged by these concerning findings, as well as by the numerous complaints by prisoners regarding inadequate medical services, in 2020 the Bulgarian Helsinki Committee (BHC) initiated the current research on hospital care in the penitentiary system, focusing on the Specialised Hospital for Active Treatment of People Deprived of Their Liberty in Sofia (SHATPDL-Sofia). In the first stage of research, we analyzed the legal framework, collected data through the Access to Public Information Act and conducted interviews with prisoners. BHC also made several visits to the SHATPDL-Sofia. On one of them – in December 2020, we were accompanied by an external expert in medical law.[4]  In addition to the poor state of the hospital, which we observed on each visit, an important finding was a damning report by the Executive Agency “Medical Audit” under the Ministry of Health (EAMA, now called Executive Agency “Medical Supervision”), summarizing an inspection they made in the hospital in March 2015.[5] The auditing authority in effect had concluded that the prison hospital was not a hospital at all, and that it was only imitating medical services. The EAMA had recommended that the entire system of medical services, including hospital treatment, be restructured.  Even though the Ministry of Health, the Ministry of Justice and the prison authorities had been made aware of these findings in 2015, nothing had changed and the hospital continued its operations in breach of the law and medical standards, and to the detriment of its patients.

During the second stage of research, in July 2021, BHC called on EAMS to make another inspection into the hospital and check its compliance with the MTFA, the medical standards and the recommendations made in 2015. That inspection took place in August 2021 and the conclusions of the authority did not differ much.[6] EAMS made recommendations, but the hospital did not comply with most of them in the required time.[7]

The Bulgarian Helsinki Committee has produced a report on the results of a research project on hospital care in the Bulgarian penitentiary system, focusing on the structure and activities of the Specialized Hospital for Active Treatment of Persons, Deprived of Liberty in the Sofia Prison (SHATPDL-Sofia) in the period between 2015-2021. The report summarizes official data and statistics about the hospital, monitoring and assessment reports by external bodies such as the Executive Agency “Medical Supervision” under the Ministry of Health, the Ombudsman and the Bulgarian Helsinki Committee, as well as the testimony of prisoners who were treated in the hospital.

All monitoring bodies firmly agree that SHATPDL – Sofia does not meet the criteria for a hospital as set out in the law, while the medical services, to the extent that there are any, are of very poor quality. Even on paper, SHATPDL could not provide a service on a par with hospitals outside the penitentiary system, as it does not comply with the basic standards for the care it is said to offer. Contrary to the legal definition of a “hospital for active treatment”, it lacks the facilities to treat acute diseases, traumas, aggravated chronic diseases or conditions that require operative treatment in a hospital setting. Nevertheless, the hospital’s formal designation remains unchanged, and the authorities responsible for the execution of sentences, the prosecution and the courts continue to place prisoners there, ignoring the fact that the hospital cannot provide proper treatment.

The main reason for the hospital’s poor condition appears to be the long-standing administrative, financial, methodological and informational isolation of penitentiary healthcare from the civil healthcare system. This leads to a lack of qualified personnel, questionable medical practices, scarce and antiquated equipment and poor material conditions. SHATPDL-Sofia serves mainly as an intermediary stop where patients wait to be dispatched to civil hospitals for tests, examination and treatment. The access to external medical services, however, is poorly coordinated and takes a very long time. Receiving treatment or diagnosis in a civil hospital is especially cumbersome when the medical services are not covered or are only partially covered by the NHIF.

Read the full report in English or Bulgarian.

[3] Ombudsman of the Republic of Bulgaria. 2019 Annual Report of the Ombudsman Acting as a National Preventive Mechanism, p. 19, accessed at: https://www.ombudsman.bg/pictures/file/Annual%20Report%20NPM%202019%20(1).pdf.

[4] On September 15, 2020, the BHC made a visit to SHATPDL with the attorney Maria Sharkova, an expert in medical law, who also co-authored this report.